A server running the city’s computer-aided dispatch (CAD) system was infiltrated around 8:30 Sunday morning, forcing caller information to be relayed manually for the remainder of the day into Monday. Under normal circumstances, caller information appears on a map and the nearest first responders are dispatched automatically. The attack effectively slowed this process and demanded that call center staff relay this information to dispatchers themselves.

The exploited vulnerability was a port that had been left open after an IT team attempted to troubleshoot a communications issue and in the process made changes to the firewall. City workers were able to take the affected server offline, conduct a thorough investigation, and successfully bring it back online by approximately 2 a.m. Monday morning. Later reports confirmed that the attack did involve ransomware, but neither the ransom amount nor the city’s response to the ransomware has been stated.

Kevin Charest is the chief information security officer for health care security officer for Health Care Service Core. They are responsible for protecting the records of roughly 15 million participants in Blue Cross Blue Shield plans in Texas and four other (unnamed by the source) states. Access to medical data is a “new frontier” for hackers as the health care shifts from paper records to electronic records. Electronic Health records, Clinical data-sharing tools and connected devices such as blood pressure and heart rate monitors might benefit patients and be more efficient but it leaves health information at risk of illegal access. All technology connected to the internet has some security risk, since it is a possible entry into a network. Hackers are able to create programs that knock on every door quickly and if the computer is not configured correctly sometimes they are able to get in. So far Health Care Service Corp. hasn’t experienced a major disruption. But the extreme vigilance  is still fairly reasonable. The sources provide a list of the Largest Health Data Breaches in Texas. One of which was from Stephenville medical & Surgical Clinic which exposed 75,000 patients’ information, this occurred in 2017. A patient list was emailed to an unauthorized recipient. By the time of the first source article, there have been more than 1700 similar security breaches nationally, affecting over 162 million Americans. Theft of computers or other hardware is the most commonly reported type of breach, followed by unauthorized access. The numbers may be higher since many incidents go unreported, either because of malice or lack of knowledge about what constitutes a reportable event. There are numerous reasons health care data can be valuable on the dark web. For example, a person in a country where communicable diseases are prevalent may be asked to provide medical documentation which will demonstrate that they don’t pose a health risk when they enter the U.S. 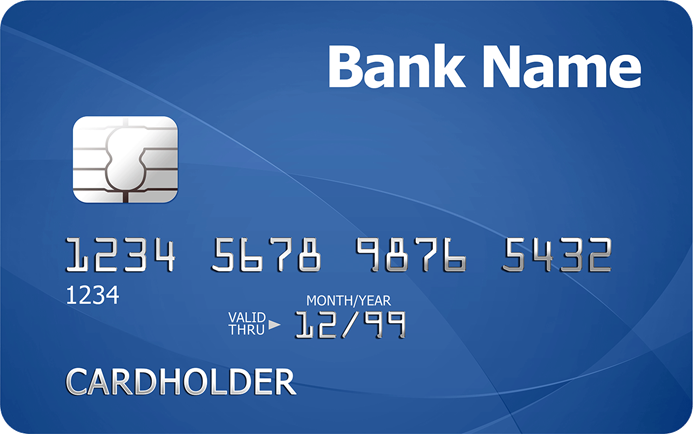 About a month ago it was discovered that there was a vulnerability being exploited on a browser plug-in called, Browsealoud. Browsealoud is a website plugin, developed by the company TextHelp, that adds speech, reading, and translation to websites, in an effort  to help those with dyslexia and other conditions.  Hackers injected a crypto-mining script on a Java file within the Browsealoud library. The script would mine the currency ‘monero’. Since the hackers attacked Browsealoud itself and not the individual websites, all the websites that were using Browsealoud (nearly 4000) were infected.  Some of the websites included  UK’s ICO (Information Commissioner’s Office) and NHS (National Health Service) and US’ federal judiciary. When someone visited a website using the plugin, the script would run and use the visitors CPU to begin mining.

Crytpo-mining is something to be wary about especially with the rise of Bitcoin and other cryptocurrencies. The hackers simply just wanted an easy way to mine more currency for themselves whether or not it was legally. There reason for doing this comes back to the acronym ‘MEECES’ which stands for money, ego, entertainment, cause, entrance, status. The attackers were just looking for some money in this case because as of now it is unknown who injected the script. It was very fortunate, with the information as of now, that no information of the users who used the website was stolen, and only were used to mine cryptocurrency.

Websites now should use more caution when implementing plugins to there website. Every company should have people testing for vulnerabilities within their services and should submit proof of this to their customers. In the future we need to become more aware of ways our websites and services can become vulnerable and the risks we take using them.

With more and more technological advancements every day, our vision of quantum computing is turning more into a reality than a theory. Companies like IBM and Microsoft are accelerating forward and becoming closer than ever to build the first fully functioning quantum computer. Seemingly on the edge of an almost quantum revolution, it’s important to ask questions about how integral parts of our lives like cyber security will be affected by this change.

First, let’s understand what quantum computing is. Comparing it to modern computing, which relies on discrete values of a bit being either a 0 or a 1, quantum computing would allow both of these possibilities to exist simultaneously in something called qubits, and these values only truly form when they are observed. This allows quantum computers to handle operations and equations at speeds that are exponentially higher than what we are used to in modern computers and their energy costs are far less.

How does this effect today’s security? Many of today’s security systems rely on cryptography, this is because normal computers struggle at factoring large numbers. This means that cryptography based on factoring numbers would be a safe bet against our technology today, but with the introduction of quantum computing, these practices would be useless. This isn’t the end of cryptography though because there are some approaches in use today that will be safe against the power of a quantum computer. That doesn’t mean that important companies and governments are using them though, and if quantum computing is to take off faster than anticipated they could run into some trouble. Other security strategies that are used today, like two-factor authentication, will still be just as effective after the introduction of quantum computing, due to multiple steps being taken by the person to log into a system.

Tomorrow’s security will be something almost unfathomable with quantum-based security implementations. Techniques like theoretically unbreakable cryptography, encrypting data to stop working if anyone attempts to uncover them and guaranteeing a safe passage to send data no matter what attacks are being used against it can all be potentially achieved with quantum computing. It’s not all positive though because with the power to develop secure techniques comes the power to exploit older strategies. An almost quantum arms race has begun between intelligence agencies and this is because the first agency to gain access to quantum computing power will have an incredible edge over all other counties.

Although quantum computers may never be a household item, their impact in the world will definitely be historical. While many of their advancements will benefit society and the internet infrastructure as we know it, it is still important to make sure what the world is ready for a step this large.

Early on March 22nd, several departments in Atlanta, Georgia were the target for a cyber attack. The attackers launched a ransomware attack, and demanded bitcoins as payment (over $50,000 USD).

Ransomware attacks are relatively new and became popular in 2017 with the widely feared WannaCry attack. Ransomware typically encrypts some of your files and locks you out of your computer, then demands a ransom to be paid (usually with Bitcoin, an anonymous cryptocurrency).

This attack had a widespread impact as it affected multiple departments in Atlanta. Administrators took down several websites and services while the attack was investigated by the FBI, DHS, Microsoft, and Cisco. While ATL airport was not directly affected, administrators also disabled its Wi-Fi and advised passengers that flight schedules may not be accurate and to verify information with their airline.

As an additional measure, city employees were directed not to turn on any devices in the building until the malware had been contained. Five days later on March 27th the first machines were powered back on. Administrators expect some machines to be infected and that employees will continue to work using other methods if their machines are affected.

Ransomware attacks historically have just been a means of pressuring victims into paying the ransom. Attackers usually are not looking to steal information in the process. In fact, if an attacker did want to steal information, it wouldn’t make much sense to tell the victim that their machine is infected. However, in the case of the Atlanta cyber attack, both employees and the public were advised to monitor their credit cards and bank accounts for any suspicious activity.

The investigation has shown that it doesn’t appear any information has been compromised. While the details of the attack have not been released, Rendition Infosec reported that Atlanta government had been compromised by a previous cyber attack in April 2017. Microsoft had released critical patches over a month before the attack happened, but they were not installed. The attack lasted a little over a week, and statements from the city of Atlanta suggest that they were not aware the attack had happened in the first place. The identity of the attackers still remains unknown.